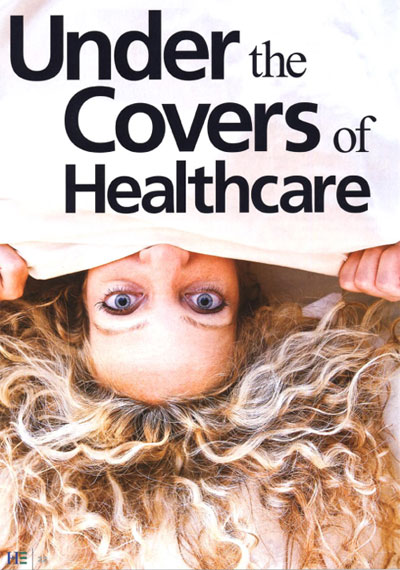 A patient walks into a San Diego-based hospital expecting to receive preoperative instructions, but because of a language barrier she walks away with little or no information. Halfway across the country, another patient checks into a Texas hospital’s ED complaining of fainting spells. The night staff performs the necessary tests and admits the patient. However, without a private room, the patient spends a sleepless evening while another patient coughs and hacks all night long.

Sound like bad jokes? They’re not. But the healthcare administrators receiving such feedback after inviting mystery shoppers into their facilities wish they were. In the case of the preoperative Spanish-speaking patient, the hospital’s administrator, Britt Berrett, was on a mission to develop service standards and improve customer satisfaction scores for his 300-bed community facility. It’s been more than 10 years since that experience, and Berrett still remembers the shock he felt when reading the shopper’s report. “It was disturbing,” he said. “Patient care was compromised because of the inability to communicate and the frustration of the physician.

In the case of the ED insomniac, the feedback was Berrett’s. He had been appointed president and CEO to Medical City Hospital in Dallas only days earlier, but the results of his overnight stay instigated his second encounter with mystery shopping. “A tremendous amount goes on behind the scenes that administrators don’t see,” he said. “Sometimes we forget the newness patients experience on a daily basis.”

It was that sentiment that prompted Barbara Gerber, founder and president of Devon Hill Associates, to develop her own mystery shopper program more than 20 years ago. Previously an assistant administrator and director of marketing, Gerber had vast experience with occupational health consulting. She also had a nursing home administrator’s license and, with associate Bill Neff, had begun sales training for administrators on the long-term-care side of the healthcare industry.

“That’s really how the mystery shopping started. As part of the sales training, I went into the facilities and pretended I was looking for a home for a family member,” she said. “I would then go back to the administration with firsthand knowledge of how I was treated.”

Years later, as she was lying in a hospital bed after an abysmal experience of her own, Gerber realized the skills she’d developed could be useful to healthcare administrators industry-wide. As the consumerism of healthcare increases, mystery shoppers provide these organizations with the answers they’re looking for, and sometimes more.

“Hospitals want confirmation that they’re doing the right thing,” Berrett said. “What they find out is, despite their best efforts, more needs to be done. Although in both cases we walked into this thinking we had our acts together, knew what we were doing, and were moving in the right direction, we concluded from the results that we weren’t as far down the road as we needed to be.”

Although mystery shopping is not intended to replace a hospital’s customer and patient satisfaction initiatives, it is intended to provide information most administrators don’t have the time to find on their own. For California HealthCare Foundation (CHCF), a nonprofit and independent philanthropy focused on improving healthcare delivery across the state, mystery shoppers did just that. When the organization hired Devon Hill Associates, California had just signed into law the Payers’ Bill of Rights requiring hospitals to adequately post and provide financial information for consumers on a variety of procedures.

“As people become more responsible for a greater percentage of the healthcare costs through high deductible health plans or additional consumer engagement in health plans, we wanted to know if they had the information available to them to shop,” said Maribeth Shannon, director, market and policy monitor program at CHCF. “We were testing to see whether or not hospitals had adapted and if it was possible for consumers to get prices when they needed them.”

Confidentiality regulations prevented the organization from following actual consumers through the healthcare process, and sending price inquiry letters to each of the 350-plus hospitals in California seemed to miss the point. Even after zeroing in on mystery shopping, CHCF wasn’t sure the standard mystery shopping procedures were appropriate.

“We were concerned about imposing on the hospitals,” Shannon said. “If we’re concerned about access to healthcare resources, why would we create artificial contacts within the systems? As a result, we only looked at what the quotes were and if consumers could get information. We didn’t investigate if the providers follow through on the billing end.”

Over a six-month period, Gerber and her team of “shoppers” had made more than 622 calls and visits to the 64 hospitals surveyed, making it Devon Hill Associates’ largest project to date. The study uncovered where the hospitals’ processes were falling apart. In some cases, the hospital had only appointed one person to handle all pricing quotes. If the consumer didn’t know how to get to that person and the front line of the hospital wasn’t trained to direct consumers accordingly, the whole system fell apart.

According to Shannon, for the most part, all surveyed hospitals had holes in their processes. Although many called to thank CHCF for the feedback, many were shocked with the findings. “They thought they had the right procedures in place to address these questions because the legislation was in place,” she said. “The feedback we got from hospitals was ‘We see where the problems are, and we’re working on it.’ They hadn’t realized there were holes in their system.”

When Berrett received Medical City Hospital’s results, he also opted to share. Although he’s been in other organizations in which the administration was unwilling or embarrassed to share the results of the patient satisfaction surveys, he believes sharing the results of such a process is imperative but must be handled with kid gloves. “Sometimes it’s hurtful, challenging, and difficult to have someone say you’re not as good as you thought you were, and that’s tough. But cowboy up, embrace the issues, and move forward. For the mystery shopper program to be effective, the results must be shared in an environment of trust and respect with everyone involved.”

For those out there who consider the thousands of dollars and numerous hours healthcare institutions spend enlisting secret shopper agencies a waste, Berrett has another strong message: you’re just scared. “It’s cowardly to say you can’t do it because that patient bed could otherwise be used during the same time period. Devil’s advocates out there fail to understand the intimate nature of the healthcare experience by using a mystery shopper. We’ve become much more attuned to what that patient experience is.”

Medical City Hospital’s results speak for themselves. In 2000, the organization ranked in the double digits for overall performance amongst the 190 hospitals that comprise the HCA (Hospital Corporation of America) family. Today, the hospital is number one. But although the mystery shopper program did instigate a number of changes across the organization, including an eight-year, $290 million phasing construction project that gave the organization’s 660 beds private rooms, Berrett said mystery shopper programs should not replace a hospital’s other customer service and patient satisfaction initiatives. Mystery shopping represents another level of commitment to ensuring an excellent patient experience.

“Patients can access the Web and explore their specific healthcare issue,” he said. “They can also evaluate hospitals, and soon physicians, on efficiency. With the amount of information consumers can access, we need a culture of transparency. Mystery shoppers, for the hospital administrator, push that transparency.”

Back to In Print.